At crossroads, district is in right place and time for business

First of series on business development in our District

For entrepreneurs and other business owners looking to set up shop in the Houston area, East Aldine is a prime spot due to its location and proximity to some of the city’s top destinations, transportation hubs, services, and amenities.

It’s 18 miles away from the Port of Houston, a 50-mile long complex that is one of the world’s largest ports. More than 200 million short tons of international cargo were handled in 2018 at the port, which is in the midst of a major expansion project

East Aldine is also in a Foreign Trade Zone because of its access to the port, and part of the district is classified as an“opportunity zone” by the state of Texas. The program offers federal capital gains tax abatements to those who invest in eligible capital.

Parts of East Aldine are considered a“free trade” zone under the state Constitution, a status that provides direct or deferred tax benefits to businesses. 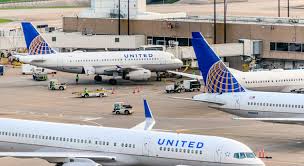 Bush Intercontinental Airport, through which 45.3 million passengers traveled in 2019, was recently recognized with the highest ranking among U.S. airports in the World’s Top 100 Airports category and placed as second-best airport in North America. The airport is also an official port of entry for import/export goods.

Many import/export goods flowing through Houston are transported by freight trains as part of “their” journey; the Union Pacific Settegast Yard, is a short 10 miles away.

Within the boundaries of the East Aldine Management District, the civic and consumer atmosphere, along with government services, have recently improved noticeably — especially as the local population grows.

The East Aldine District participated in $43 million worth of water and sewer infrastructure improvements in coordination with Harris County and the Texas Water Development Board, while an additional$35 million went to providing safe and reliable drinking water and sewer service to both homes and businesses in the area.

New restaurants and shops, some within two blocks of the Town Center, are moving in to meet consumer demands and higher traffic patterns.

The District conducts business seminars at the Town Center for local proprietors and others considering a business move into this dynamic area.